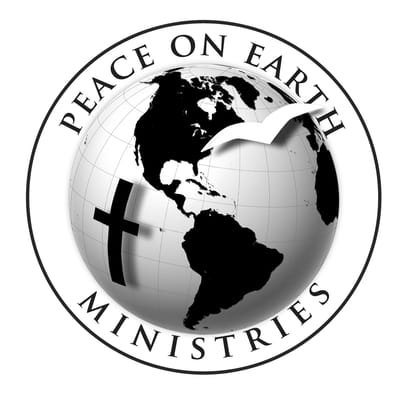 Welcome to the revised Website of Peace on Earth Ministries! I’m glad you dropped by to check us out.

Evelyn and I founded POEM in 1992. We are all about “proclaiming peace to the nations” (Zechariah 9:10). True peace is found only in Jesus Christ. “For He Himself is our peace” (Ephesians 2:14).

There will never be peace on earth until the peace of Christ reigns in our hearts, our homes, and our churches. Jesus prayed that believers would be one in Him so that the world would believe (John 17:20, 21).

To hasten this day we proclaim this message wherever we are invited. We publish a Christian magazine, monthly newsletter, and other Christian literature. And we partner with fellow Christian ministries to proclaim peace to the nations.I hope you will enjoy your visit to this site. 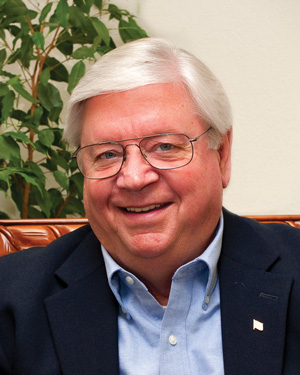 VICTOR KNOWLES is a 1968 graduate of Midwestern School of Evangelism. From 1967-1992 he and his wife Evelyn ministered to churches in the Midwest and Pacific Northwest. On Sept. 2,1992, they founded POEM (Peace on Earth Ministries) in Joplin, Missouri, where Victor serves as President. He has authored 28 books including Archie Word: Voice of Thunder, Heart of Tears; Heavenly Hosts: A Panoramic Study of Angels; BEHOLD! A Christian View of Things That Matter Most; SAVED! God's Wonderful Plan for Our Salvation; My All for His Call; Stand and Deliver; Stand with God; Stand for Truth; Together in Christ: More Than a Dream; Beyond the Stars: Our Home in Heaven; The Biblical Roots of Islam and his two-volume autobiography VICTOR: Since 1945. He is a contributing writer to The Encyclopedia of the Stone-Campbell Movement. Several hundred of his articles and essays have been published in more than 40 journals including Pulpit Helps, Moody, The Voice of Evangelism, The Restoration Herald, Christian Standard and The Lookout.

Since 1984 Victor has edited One Body, a quarterly magazine dedicated to Christian unity, founded by the late Don DeWelt (1919-1991). Before becoming editor of One Body, he edited Vanguard for 11 years. In 1992, Victor and Evelyn began publishing The Knowlesletter, a monthly newsletter reporting on the national and international work of POEM. In 2021, The Voice of Evangelism was added as an in-magazine resource to One Body.

The unity of God's people is always on his heart. Historian and author Dr. Leroy Garrett said, “I appreciate you both for your passion for Christian unity and your compassion for suffering humanity.” POEM partners with fellow ministries in evangelistic and benevolent work in Canada, Cuba, India, Poland, and Ukraine.

Awards: In 2004, Howard Publishing Company presented Victor and Evelyn with their “Spiritual Development Award” at Pepperdine University for their “continual efforts to uphold the unity of believers as prayed for by Jesus.” Victor was added to the Restoration Forum "Honor Roll of Unity" in 2007, "The Fellowship of John 17:31 Certificate of Special Recognition" by The Union Christian Foundation in 2007, the" Distinguished Christian Service Award" from Pepperdine University in 2011, the "Lifetime Achievement Award" from Midwestern School of Evangelism in 2012, and, in 2022, the "God's Honored Servant" Award was presented to Victor and Evelyn by the Missouri Christian Convention for their 55 years of Christian ministry.

Victor and Evelyn were married in 1967 and have five daughters, one son,13 grandchildren, and two great-grandchildren.


International Ministries
As a practical expression of our unity in Christ, Peace on Earth Ministries works in partnership with existing ministries in the following countries to provide evangelistic and benevolent aid. 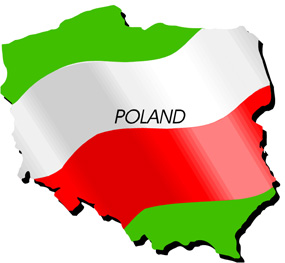 We have been working in Poland since 1990, two years before we began POEM. By sending monthly support to Kostek Jakoniuk and the church in Bielsk Podlaski, we thus allow Polish Christian Ministries to spread their funds to other churches. Our gifts are used for evangelism, teaching and benevolence. Victor has made nine preaching trips to Poland. Currently we are helping this church minister to refugees from Ukraine. Henryk Karasiewicz is now the main preacher in Bielsk Podlaski, assisted by Kostek, who is also an elder. If you would like to help Ukrainian refugees, go to www.poeministries.org/give-to-Poland

POEM also partners with Impact Europe! in Canada by sending monthly support for Kazik Barchuk and his Warsaw-based Send Me Ministries, an outreach to Jewish survivors of the holocaust. Andrew Jakoniuk assists Kazik. An encouraging number of former concentration camp survivors have been tutored (Galatians 3:24) and baptized into Christ. The support also helps Kazik send Jewish children in Poland (and Ukraine and Belarus) to a summer Christian camp in Ostruda. 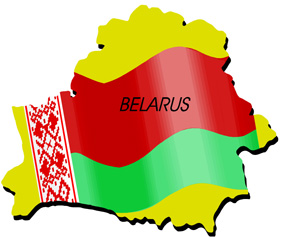 POEM is partnering with Johnson Bible College to help Sergey Mamatsiuk, a young Church of Christ minister from Belarus, with his studies. Sergey and his wife Anastasia recently wrote, “Thank you for your dedication to the ministry of unity. This is our passion too and we hope God will equip us at JBC to bring this spirit of unity to our churches (in Belarus) too.” 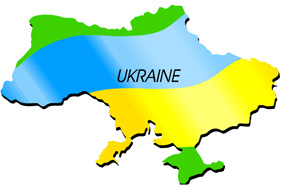 Victor has preached in several churches in Ukraine such as Zdolbunov and Rovno. Currently POEM is raising funds to minister to Ukrainian detainees (those who remain in Ukraine) and Ukrainian refugees (those who are now in Poland). Since 2013 we have supported the widow of a preacher and her 5 children who remains in Ukraine. Gifts marked for her should be marked: Oksana. Gifts for all others should be marked: Ukrainian refugees. To assist them go to www.poeministries.org\give-to-Poland. 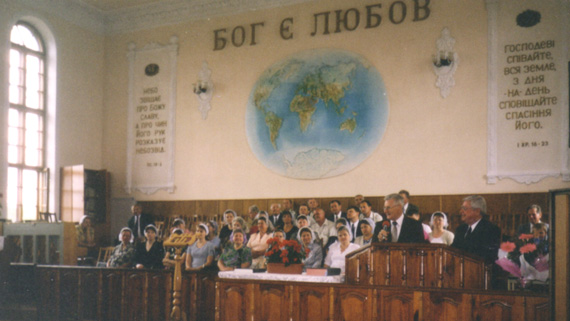 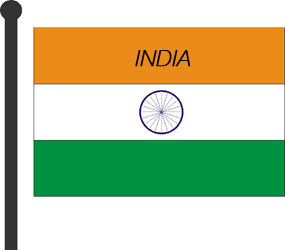 Victor had great compassion for the children of India during his 2003 trip. As a result, in partnership with Mid-India Christian Mission's Sheela Lall, support is periodically sent to aid her in the feeding and education of blind children, special needs children, as well as caring for many widows in Damoh, India. 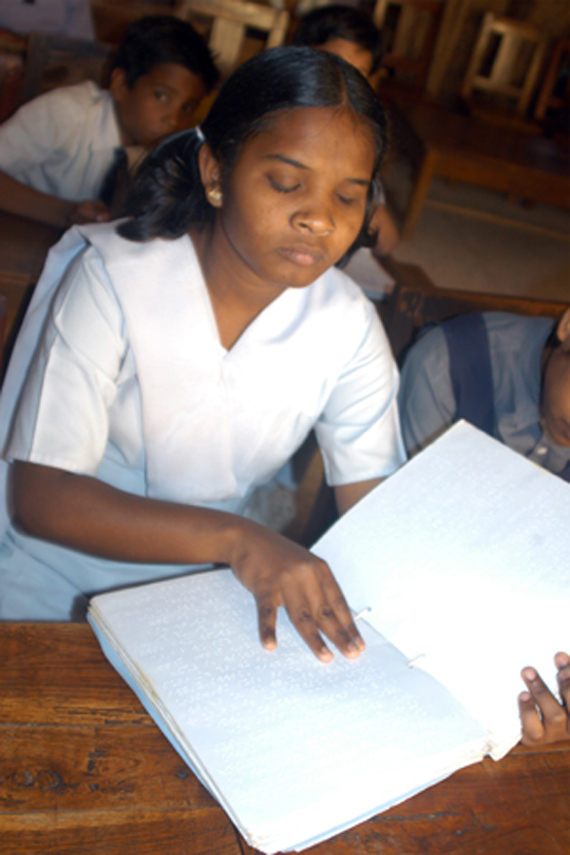 Student in School for the Blind. 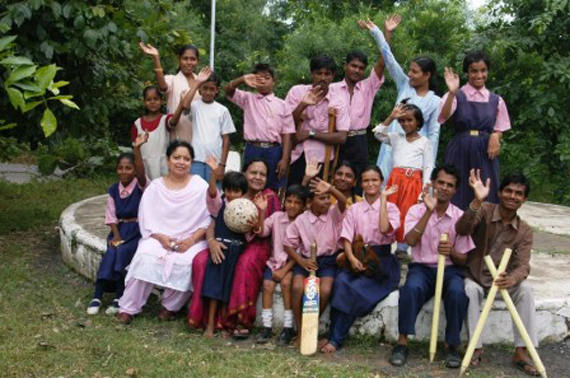 Sheela and Pushpa Lall with happy children from Oasis of Love. 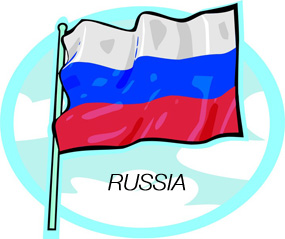 In 1993 POEM published In the Cauldron of Russia, the amazing autobiography of Ivan Prokanhov (1869-1933), the great Russian reformer who led 4.5 million people to become “Christians only.” This book, available from POEM, was a product of our partnership with White Fields, Literature and Teaching Ministries, and World Evangelism Global Outreach. 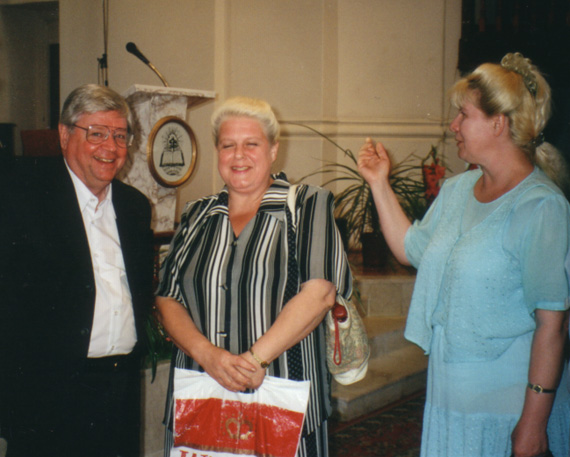 In 2004 POEM teamed up with George Bajenski (then of Global Missionary Missions - now Impact Europe) on a mission of mercy to Beslan, Russia, to minister to the survivors of the Chechen terrorist attack on one of Beslan's schools where 350-some people most of them children, were killed. We have helped build a Sunday School wing on the Evangelical Christian Church who lost 15 of its young people in the senseless massacre. 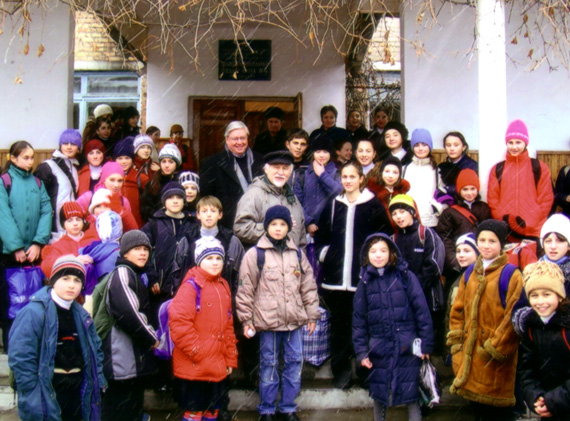 Victor and George Bajenski with school children in Beslan, Russia.

Victor has also visited the North Caucus Bible Institute, Prokhaldny, North Ossetia. The area is 94% Muslim and extremists are bent on forming an Islamic empire “from the Sea (Black) to the Sea” (Caspian). POEM periodically helps NCBI mobilize Christians to serve Christ in this Muslim stronghold. 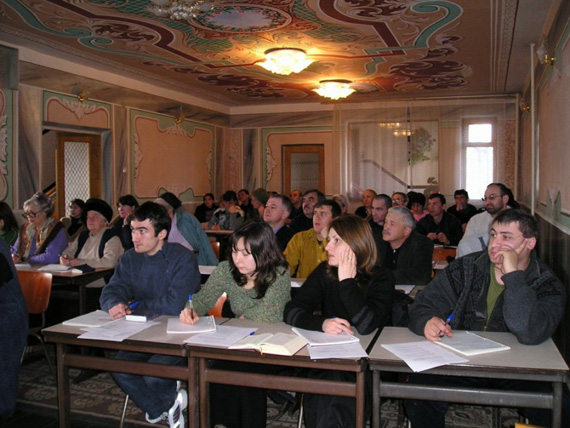 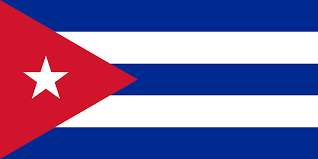 CubaVictor and Evelyn visited Cuba in 1996 with Reggie and Esther Thomas of White Fields Overseas Evangelism. POEM continues to help the brave believers in Cuba with gifts now directed through White Fields that help secure Bibles for churches, salaries for preachers, chairs and such for church buildings, and currently for food, due to a shortage of food in Cuba. 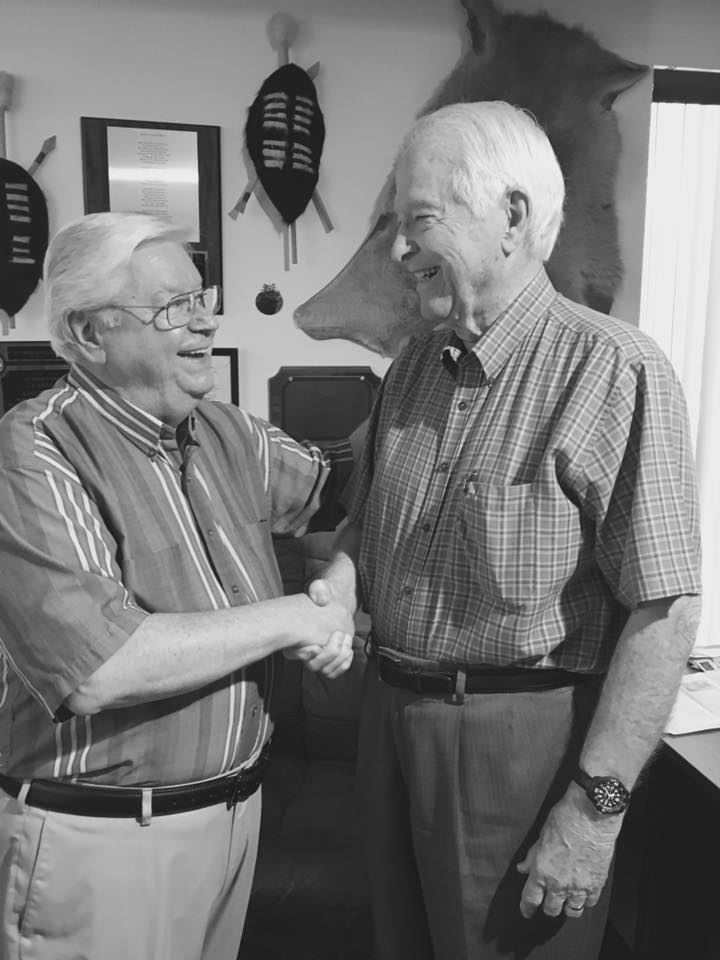